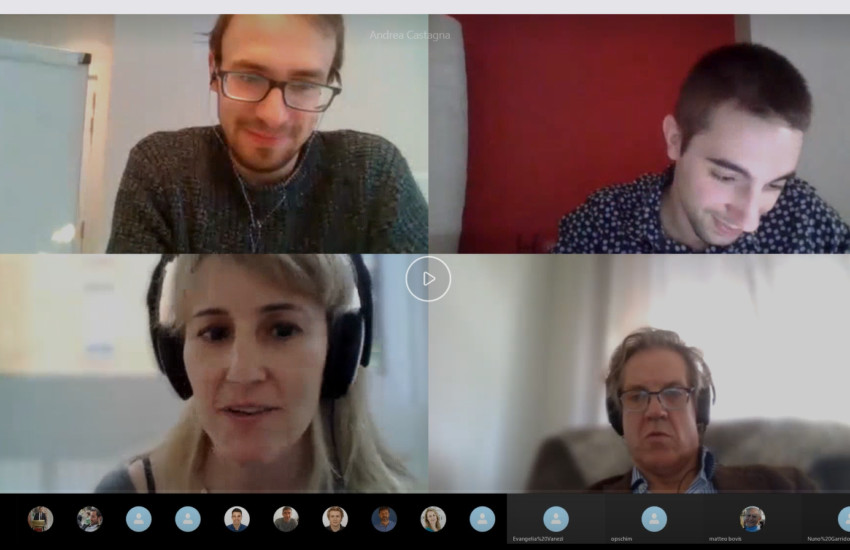 Digi-Sporting, adapting to the current situation, does not stop its activity, and last Thursday, May 7, its second international online meeting concluded. The 9 project partners were present at the meeting, and 18 people participated in an organized way.

This meeting has been key because it has allowed planning and confirming the tasks necessary to complete the first intellectual output, which will be disseminated before summer to all potential stakeholders in the project. It will consist of a complete guide of technological areas for clubs and a sectorial study of the current use and importance of each one of them. The study has been developed with great success, obtaining 569 responses from coaches, physical trainers, analysts and coordinators in sports clubs, academies and fitness centres.

In addition, a brief report will be prepared that will be translated into the 6 project languages.

Secondly, the working group and the general framework for the development of the second intellectual output have been defined, destined for a training course for technologists in sports clubs. This phase will include a pilot course that will be announced throughout Europe in the coming months.

Finally, and thanks to the progress, a dissemination and revitalization plan has been consolidated, where the progress of the project will be updated and shared every week, through its website: https://digi-sporting.eu/

Digi-Sporting. A new step towards digital transformation through sports science

Our website uses cookies.Cookies are data files that allow information provided by your browser, such as date and time, location, preferences and other elements that intervene in your user session.

You can configure your cookies' settings using the following form. If you dont want to accept the generation of cookies, you can navigate the website without any restriction.